Even the good guys can’t be good all the time. When a priceless artifact worth a king’s ransom is on the line, nobody can be trusted.

With a screenplay written by John Huston, and directed by him as well, The Maltese Falcon does the opposite of what most film adaptations do – it sticks nearly verbatim to the novel by Dashiel Hammett. This speaks volumes for the caliber of book Hammett penned, because The Maltese Falcon has been lauded by many as one of the greatest mysteries of all time. The film stars Humphrey Bogart as Sam Spade, a gumshoe hired by Joel Cairo (Peter Lorre) to locate an elusive statue that is worth a small fortune. Spade is accompanied in part along the way by a Ms. Brigid O’Shaughnessy (Mary Astor), whose real countenance is as elusive as that of the figurine Spade is seeking. Add to the mix a rotund gentleman with a quick tongue and dubious manners (the Fat Man, played by Sydney Greenstreet) and the story becomes quite the rat’s nest.

Spade is one of the most audacious characters ever to grace a screen, with a mean right cross to boot. Crass, cynical, sarcastic, scrappy, and exceeding suave and clever, Sam Spade is the film noir equivalent of Sherlock Holmes. Bogart is superb as the sneering Spade, using his craggy face to express the gambit of emotions and display them to the audience so as to make no mistake his feelings in each scene. His ex-partner’s widow visits him near the beginning of the film, for instance, and his face lights up in an eerie way as he expresses his dislike and disgust at what she has to say to him. His joy is mirrored just as easily. Spade is the golden rule as far as antiheroes go – yes, he is your champion as the movie begins, but he certainly takes some dark alleys on his quest to get to the bright side of things.

“By Gad, sir, you  are a character. There’s never any telling what you’ll say or do next, except that it’s bound to be something astonishing.”

Another firecracker of a character is Mary Astor’s role. Astor portrays her melodramatic, scheming femme fatale with grace and an uncannily natural ease. Perhaps this is because the character’s fictional life, while in turmoil of quite the dramatic nature, was quite nearly as rife with scandal as Astor’s real life was at the time. Mary Astor truly WAS a femme fatale and she carries out this role with aplomb perhaps because of – or at the least, in spite of – her worldly troubles. She is a fitting counterbalance for Spade and their combination on screen is delightful to watch. But as good as the chemistry is between the two characters, there is a question that demands an answer in the case of their romance, which will be discussed in due time.

“I haven’t lived a good life. I’ve been bad, worse than you could know.” 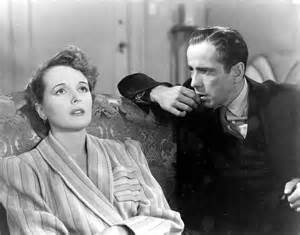 Some of the other players in this tale include Joel Cairo (Peter Lorre), and Effie Perine (Lee Patrick). Most people would immediately think of Lorre when thinking of this movie, as this is one of his most iconic roles on film. He is a smart-mouthed, smarmy shyster that gives the impression he is working for someone, although we come to find out that everything is not always what it seems in this world. He is relentless in his pursuit of the falcon, and when we leave him at the end of the movie it is clear that he has reached and surpassed the point of obsession in regards to the statue. Cairo has a quick tongue and a snide nature, creating just the right amount of friction between him and Spade. However, in the end, Spade is far his superior and Cairo ends up drawing the short straw.

“I certainly wish you would have invented a more reasonable story. I felt distinctly like an idiot repeating it.” 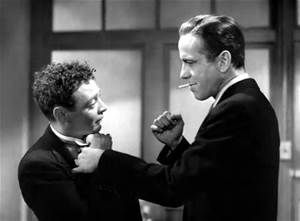 Effie Perine is Sam’s secretary, and she isn’t your ordinary secretary. She deserves a section of her own in this review simply because she is a true patriot and her country is Samuel Spade. She is smooth and tactful when needed, and her knowledge of her employer’s habits and skills are obvious in the little details of the scenes she graces. The opening lines of the movie display her  knowledge of her boss and what he likes, when she introduces a potential client – and our female lead – with the endorsement that he’ll want to see her, because “she’s a knockout”. Effie continues to show her worth as she hides endangered women as calmly as she screens Spade’s phone calls for him. With Patrick’s character, it seems this film could be said to have two femme fatales for the price of one. I for one thank Effie Perine for making me want to make a fedora part of my attire. 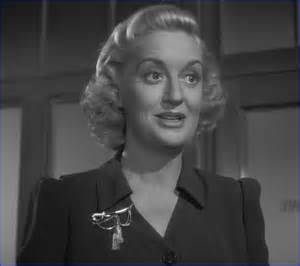 Of course, I’ve not spent much time discussing the story. What about the STORY, you ask? The breadth and depth of the story is only as good as its key players, I tell you in reply, and that is why I’m focusing on the rich characters that make the plot twist and turn. A thing of value is wanted and sought by several people. Life happens in the in-between moments. Hearts and feelings are caught up in the tale. In the end, the thing of value is never what is really valuable at all. So instead of telling you more about the story, I will simply encourage you to watch it, and to keep in mind these questions that I was left pondering. There is most likely not a concretely correct answer for any of them. So, I ask you, Constant Viewer ( and as vaguely as possible, so as not to spoil anything if you haven’t seen this 1941 classic):

Filmed on a budget so strict that Bogart supplied his own wardrobe, filmed around the affair between star and director, and beset on all sides by practical jokes onset, one might find it astonishing that this movie ever made it off the ground. However, The Maltese Falcon is a wonderful and vibrant film, one that will keep you guessing and astonished right up until the very end. It earned by rights its place as one of the quintessential works of its genre. Samuel Spade would surely agree that it is “the stuff that dreams” – and magical works of film noir – “are made of”.