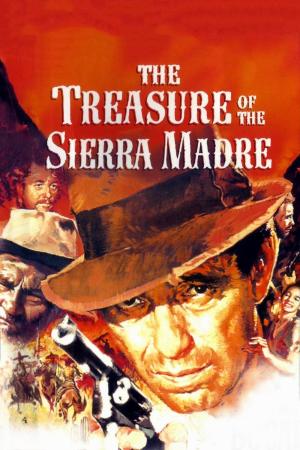 Two Americans looking to strike it rich learn the hard way that greed gets no man ahead, and this story drives that point home like sand before a strong northern wind.

The Treasure is a film directed by John Huston, and adapted for the screen by John Huston from a novel of the same name by B. Travern. Released in 1948, it is a visually stunning monument to the harsh conditions endured by those mining for gold, as well as the price one pays for letting greed cloud the moral compass. Humphrey Bogart plays Fred C. Dobbs, an American who the viewer meets down-and-out in 1925 Mexico – in the city of Tampico, to be precise. He panhandles enough to get by, and in the course of his day meets another unfortunate American by the name of Curtin (Tim Holt).

The men look for work, find some, and end up almost getting bamboozled by their day-labor boss. After struggling to eek out a living, the two men finally are paid what they are due – even though it was a literal fight to get it. During their struggles to get by, the men stay overnight at a shelter/hostel, where they overhear a man speaking on the mining of gold and all the goods and ills it brings with it. He cautions the group on the evil power that gold has and how it can change the best man. Intrigued, Dobbs becomes fixated on gaining the means to mine for gold himself, and he encourages Curtin to join in with him as well.

Together they persuade the only gold expert they know, Howard (Walter Huston), to join them on their quest. He cautions them again on the evils of gold, and advises they set a goal and leave when it is reached. Dobbs is put off by such a concept, but Curtin is more receptive. Howard teaches them everything he knows about gold prospecting and is quite the Wizard of Oz-like character as he does. In the end, they make their camp, strike their gold, and make their fortune. 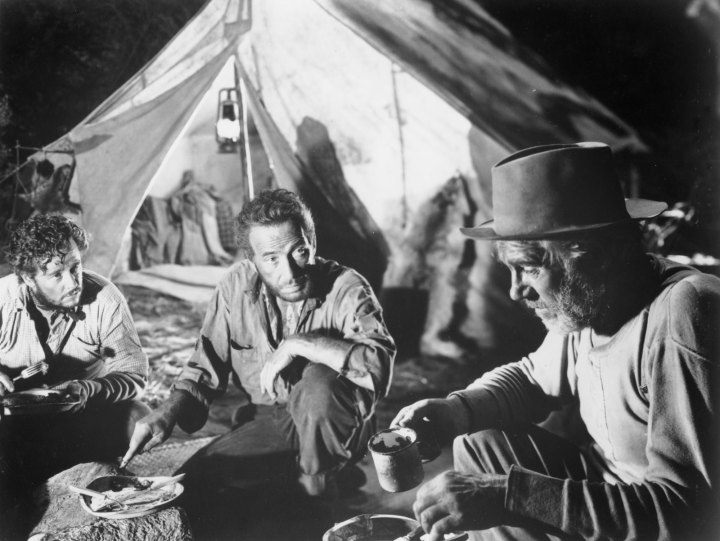 As they mine the mountain for gold, and it begins to pile up for them, the younger men start to change in the way they behave toward each other. Dobbs insists they split the pot every night, and the others – Curtin reluctantly – agree. Dobbs’ paranoia steadily increasing, and the other two men become aware that he is not stable any longer. As they are deciding that they’ve mined enough and they should leave while ahead, bandits find their camp and a firefight ensues. The men prevail. The camp is gathered, and Howard insists that they put the mountain back as they found it.

Long story short, the trio slowly split up for various reasons. Howard ends up helping a native child, and the tribe adopts him as their new medicine man. This leaves the two Americans to make their way back to town alone. Along the the way, Curtin meets with what Dobbs hopes to be a quick end…but things don’t go as planned for Dobbs. His burros end up in the town he was headed to without him, and the people in custody of them have dumped the bags of gold out, thinking it to be sand. In the town, the burros are noted to be connected to Curtin and Howard. The two are in town and follow the backtrail of the bandits to find the gold. They find the empty bags in a stand of ruins, where the wind has had its way with it. Howard laughs uproariously, saying that it is a grand practical joke and the gold has gone back to the mountain. Curtin, upset at first, laughs it off eventually too, and sets off with the intention to complete a noble quest for Howard. In the end, the moral of the story is that greed is poison that accumulates in a person until it eventually kills them in one way or another – be it spiritually or physically. The only people who can make it out alive in all ways are those who put little stock in that which glitters, and more into those matters of life and the heart.